In what may be the start of a new trend, I’m told that video streaming of every Live 8 concert was available, and viewers had the ability to navigate directly to any performance then fast forward and rewind the footage. Unfortunately, in an ugly example of music incompatibility, the video stream was available only in Windows Media, which means Mac and Linux users were locked out. You may recall that Microsoft settled claims related to their illegal business tactics used wipe out Netscape with Time Warner. As part of the agreement, Time Warner agreed to wipe out — er … I mean “switch” — from Real Network technology to Microsoft technology, thus making Live 8 a “Microsoft-only” event. How ironic that an event focused on global poverty is only viewable with an outrageously expensive Microsoft solution that is far out of the reach of developing nations, and not viewable with Linux, the technology that is pulling emerging countries around the globe into the digital age. 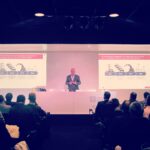 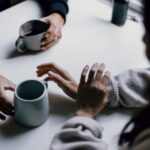